Recently, the 5 film Liberation series by Yuri Ozerov was made available on Youtube with English subtitles.

This is a series of films about WW2 from the Russian perspective.
Models were used in some scenes but given that these were done before the era of computer graphics, overall the combat sequences looked very good.
The airplanes are not period but they did a good job with mocked up German Tiger and Panther tanks and many T-34's.
The combat sequences were realistic and there is lots of action interspersed with the strategic planning and decision making by the generals and key leaders.

There have been some very good Russian and Korean war movies and series now being made more available via Netflix and Prime Video.
If you don't mind subtitles you might find this and other related movies and series enjoying.
Fly safe!
Posted by Maple Flag Missions at 19:53 No comments:

In Honor of All Veterans Today...

We want to thank all veterans across all armed forces who have and continue to combat the forces of evil so that freedom and democracy can continue.

Thank you for your dedication and commitment.

Thank you for your contribution  and sacrifice.

We are eternally in your debt. 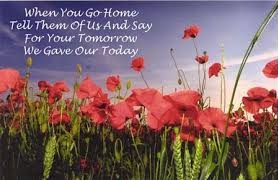 Posted by Maple Flag Missions at 05:42 No comments:

After a long wait the AH-64D is finally coming to DCS!
This is a legendary aircraft with much combat experience.

This will be a challenge to learn and fun to experience all the systems this detailed sim will provide.
Welcome to the Cavalry!
Posted by Maple Flag Missions at 17:51 No comments:

Found this recently where some A-10's were landing on a highway in Michigan as part of a training exercise.

They call it THUNDER LZ!  Enjoy!

A-10 Thunderbolt IIs from both Selfridge Air National Guard Base, Michigan and Davis-Monthan Air Force Base, Arizona and C-146A Wolfhounds from Hurlburt Field, Florida participated in a training event where they landed and departed from Michigan Highway 32. The highway landings are a part of Exercise Northern Strike 21-2 and marked the first time in U.S. history that a modern military aircraft landed on a U.S. public highway designed only for automobiles.

I assume they walked the roadway first for any FOD.
Wouldn't want some road-kill getting sucked into the engines!
Thanks and stay safe!
Posted by Maple Flag Missions at 17:35 1 comment:

Recently we came across this cool video comparing the A-10 with the Su-25.  Lots of great images of these iconic aircraft.

This channel also has other aircraft comparison videos.  I hope you subscribe and enjoy them all.

Posted by Maple Flag Missions at 17:31 No comments:

Recently we came across Ward Carroll and some of the excellent videos he has recently published.

During his 20-year Navy career he served in four different F-14 squadrons and was the operations officer for Carrier Air Wing One.

His videos have some good relevant information for DCS.
I hope you enjoy them and please like and subscribe to Ward's channel to get more videos.

Posted by Maple Flag Missions at 05:03 No comments:

The practice missions are also now in their own campaign so the package currently includes 4 campaigns:

We also updated numerous triggers and made a few other adjustments to improve gameplay.

Please let us know if you encounter any issues.